Today I am showing something a little different. I am pleased to be able to show you this wonderful sketch of one my characters, Olenya Heldane. The sketch is by Harry Boddice, who can be found on Instagram or Artstation, at the username, @pencil_sword_paints. I showed him a 3D render of my miniature for Olenya Heldane, commander of my Wings of Vrayax army.

I sent Harry an image of Olenya and another of the Wings of Vrayax emblem, and he came back to me with this fabulous sketch. It's so good! I like how he worked the emblem into the background, and how we're staring down the barrel of the bolt pistol wielded by this fierce and bitter former commissar.

I always envisaged her as being quite practical in her clothing. It's relatively unadorned, since she shuns pomp and ceremony, and Harry has captured this well. Her coat looks worn but comfortable, and her hair hangs down loosely, as if she doesn't fuss over it often. Her only items of embellishment are her weapons: her power sword and bolt pistol. Whilst the sword is a reminder of the Imperium she has left behind, she still carries it as a symbol of the struggle she and every other citizen of Vrayax has been through.

It's a great sketch and I am really pleased with it! Thanks Harry! Contact him for commissions on Instagram or Artstation. 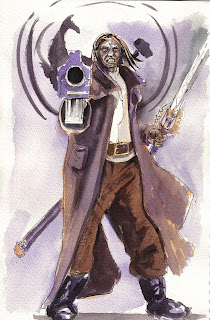 (click/tap for a larger image)

This is the 3D render on which the sketch is based: 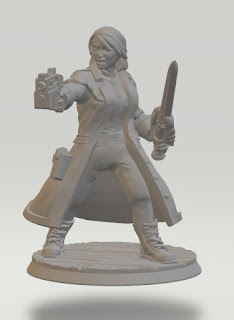 And this is my painted miniature. Harry didn't know how I'd painted her, but he serendipitously painted her in almost the exact same colours! He said he just felt like painting with those colours... spooky! 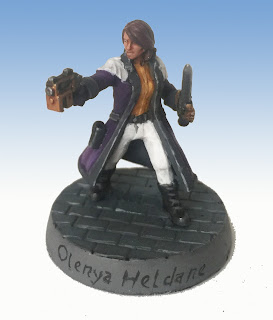 This is the emblem of Vrayax: 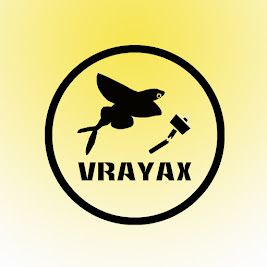 Just a short one today. I painted up this Necron Cryptek. I painted the blade in a similar technique to the C'Tan's body that I did,... 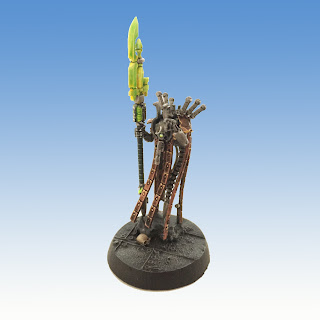