Leading the T'au to battle

This week are two HQ choices for the T'au. First is an Ethereal, which is the only model that I bought myself. I really like the pose, since it's a little different from anything I already have. It's certainly a lot less 'about to hack your head off' than most of the Space Marine characters I have in my collection. Jol'rak, as I have called him, looks superb in the drybrush scheme, with the addition of some blue jewels and white robes. 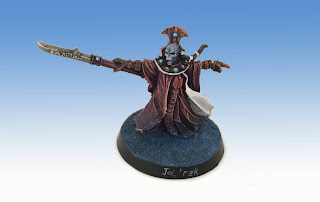 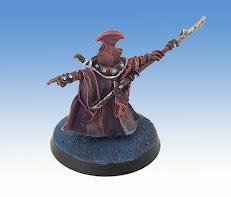 This commander, whom I have called Resh'fel, has also been completed. She'd already been painted, so smoothed down some of the bumpy bits and trimmed off the flash that had been left on, and then painted over the top. She looks pretty cool, although I definitely think a brand new model would be better. 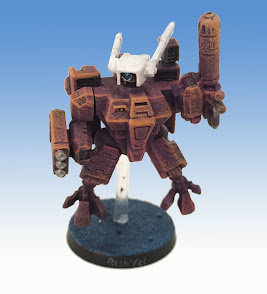 PS. I get a lot of my character names from https://www.fantasynamegenerators.com/. Check it out: it's a great site, created by an individual with a passion for fantasy/sci-fi and linguistics.

Shiny and not chrome, but gold

Oh yes, don't these look good? Custodes are some of the coolest models in the 40k range. I have now added these to my force (I also have... 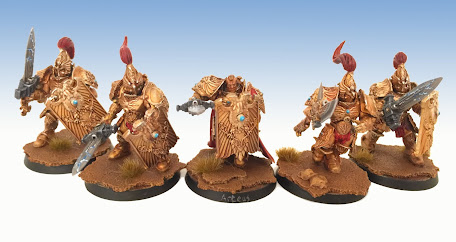